The bus that drives by itself

It’s called WEpod and is the first bus in the world that drives by itself. The invention that is born in the Dutch laboratories of the Wageningen University is finally on the road. After a period of testing on private roads it has begun to circulate on the Netherlands streets and from November it connects Wageningen with Ede.

A mini bus with autopilot, electrical power, without pedals and steering that can carry up to six passengers. While there are already various forms of automated transportation in several cities in the world, the Dutch “WEpod” will be the first mean of public transport that will circulate in urban traffic.

Passengers can use a dedicated app to book the trips. The vehicle speed is about 25 km / h and, at least for now, it won’t travel during the night or in case of bad weather. 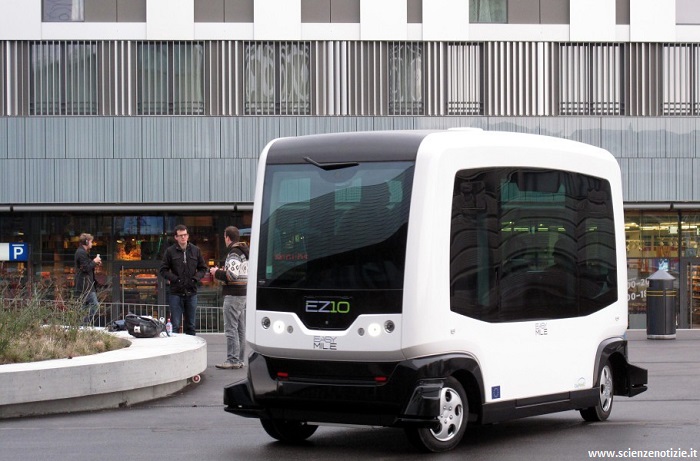